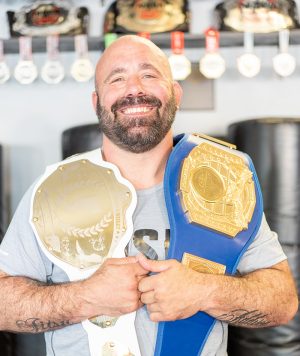 As owner and head instructor, Ed Carr has operated Tokyo Joe’s Studios since day one working to cultivate a team of talented and professional martial artists under his banner. Ed has over 30 years of martial arts experience, holding a 5th degree Black Belt in Kempo Karate, a Brown Belt in Brazilian Jiu-Jitsu and many years of experience as a Sport Karate fighter and a professional MMA fighter (4-1) as a member of the world-famous MFS fight team and IFL Silverbacks.

Some of his accomplishments include being a 3x Krane National Karate Champion, IBJJF Pan-Am Purple Belt Champion, IBJJF Boston Open Champion, and being entered into the U.S.A Martial Arts Hall of Fame for Kempo Instructor of the year. Ed Carr has devoted his time and life to bettering eh lives of his students through martial arts.